With the Xenic 10, Fritschi has launched a new touring binding for a demanding customer group. The optical icing on the cake is the laser texture, which was developed in cooperation with Primaform AG.

With the new Xenic 10, the Swiss binding manufacturer Fritschi launched its lightest touring binding to date on the market with only 280 grams. But in addition to the weight, the binding also shines with a futuristic, compact design. Advanced technologies provide a lot of comfort and safety, while at the same time increasing performance downhill.

Innovative designers know the countless possibilities offered by laser processing. With Primaform, Fritschi has found a partner who on the one hand has the necessary know-how in laser texturing and on the other hand, can offer an uncomplicated procedure.

Thanks to Primaform's wide range of structures, many ideas and approaches have already been collected in a first step. Together with the Fritschi designers, it was decided to develop an entirely new structure, which corresponds to the form language of the binding.

A technical drawing implemented the proposal of Fritschi's design department. In addition to the renderings, tests were carried out in metal. These sample plates were used to make an initial assessment of the structure. These quick and inexpensive samples could give a first impression of the result.

The crux of the matter

The alignment of the texture on the individual components requires a lot of effort and time. Both the alignment and the optical effect on each component are evaluated, and the structure is aligned accordingly. What looks simple is hours of work, with different aspects to consider. At the same time, it is essential to incorporate the opinions and ideas of different people so that the overall work is satisfactory and coherent.

The introduction of the laser structure

The preliminary work from the fully digital process could be used directly for production. During programming, attention is naturally also paid to collisions to prevent them. The laser then inserts the desired structure into the high-precision mold insert.

The service concept of Primaform AG

The Thun company Primaform supported Fritschi with the laser texture of the new tour binding; from the first steps to the finished composition. Together, the two companies developed a unique appearance that sets new standards in the industry.

The binding developed and assembled in the Bernese Oberland is a 99% high-quality Swiss product. To guarantee this quality, various injection molding plants and mold makers were involved. Primaform AG was responsible for the texturing and the correct delivery condition of the mold inserts. 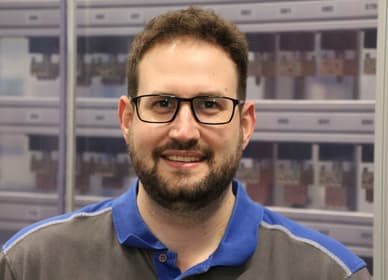