JESA AG produces e.g. dynamic adjustment mechanisms for LED lighting units for the automotive industry. Thanks to an Arburg turnkey system the assembly time was reduced from 90 to 10 seconds. This achievement was honoured with the Canton of Fribourg's Innovation Award.

The turnkey system producing dynamic adjustment mechanisms for LED lighting units comprise a hybrid Allrounder 470 H, a Multilift V robotic system, a palletizing station and a conveyor line from Schuma, a feed and singulation unit from Afag Automation AG and a complex gripper from Barth Mechanik. Arburg sourced, set up, commissioned and delivered all the technical components for Jesa based on a functional specification.

The centrepiece of the turnkey system is the Multilift V which simultaneously positions several inserts in an injection mould. This means that they can be joined fully automatically in an overmoulding operation using a technical plastic so that ready-for-use actuators with integral ball bearings leave the turnkey system. With the combined overmoulding and joining operation, the assembly time is reduced by dispensing with five manual assembly steps. The assembly time is reduced from one and a half minutes to ten seconds – a world of difference in injection moulding, where time is money. The result: the cost-effective manufacture of several million complex components made from metal and plastic per year for worldwide use. Through the use of robots, JESA can now keep up with low-wage countries and secure the future of its production location.

It was particularly important for JESA that there has been one single Arburg contact person for engineering and customer service, who the company has been able to fully rely on for more than 20 years. Particularly the individual support provided by the Arburg subsidiary in Switzerland and the Project department in Lossburg during the aftersales phase is always praised by the persons responsible at JESA as being extremely reliable, fast and conscientious, with well-founded expertise. 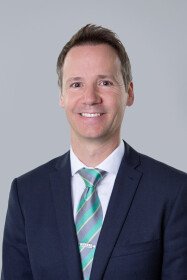