Since 2004, SFS uses two-component injection molding machines from NETSTAL for the complex production of dental, latex-free dental products. In the course of the latest capacity expansion, 4 ELION 4200 2C machines were equipped with the SMART OPERATION control option.

At the SFS plastics plant in Altstätten, Switzerland, the NETSTAL injection molding machines are running at full speed. A special medical product is produced that makes it easier for patients to keep their mouths open in the dental practice. This product, which consists of two components, was developed exclusively by SFS on behalf of a customer. Since the start of production in 2004, has been manufacturing parts for the world market in Switzerland using the two-component process. "We are producing 32 million pieces at the Altstätten plant this year. Next year, it should be 40 million pieces," reports the production manager at the SFS plastics plant.

The dental product consists of a solid ring made of PP and an extremely thin soft component made of TPS. Initially, the company relied on hydraulic machines from the former SYNERGY series and a 4+4 cavity mold from SFS's own mold shop. The rings are injected in 4 cavities before the mold is rotated vertically by 180° to subsequently inject the ultra-thin soft component onto the rings.

"In this complex application, we benefit from our decades of experience in thin-wall packaging injection molding. Although it is a medical application, the basic requirements for the performance of the machines are very similar," says Ruedi Speck, Head of Sales Switzerland at NETSTAL.

These products are being used more and more frequently around the world, which is why capacity has been steadily expanded since their market launch 18 years ago. About 3 years ago, SFS evaluated possible solutions for a larger increase in output. The aim was to double the number of cavities on one machine. However, with the existing mold concept, too large machines would have been necessary on the available space. Together with the experts from NETSTAL, an alternative solution based on the ELION 4200 was therefore developed. Two modified molds, each with 4+4 cavities, are now arranged in stack technology. The two core sides have been combined to form a central turning-sliding unit on a turntable. Now, after the rings have been injected, the centrally positioned reversible slide unit rotates horizontally by 180° before the TPS soft component is injected onto the rings. "The application technology specialists at NETSTAL provided us with optimum support in the development of the injection molding process with our new mold setup. The new equipment runs very stable and reliable," says the production manager.

Since early 2020, the modified setup has been running on four new ELION 4200-1000/450 machines. In order to be able to handle the planned growth, a fifth injection molding machine has just been ordered, which is scheduled to start operation in Altstätten in the second half of 2022.

Along with the four new lines, NETSTAL's SMART OPERATION 4-button control system was also implemented for the first time at SFS. "We saw the new feature for the first time at Fakuma 2018 in Friedrichshafen. It was very interesting for us right away, because at SFS we are always open to innovations that can further increase our efficiency," emphasizes the production manager.

In the meantime, SFS has drawn an initial, thoroughly positive balance: "The NETSTAL control system has always offered great flexibility for application development. With SMART OPERATION, we are now standardizing the processes for starting up and shutting down production. The injection molding machine, including all peripherals such as removal and downstream packaging automation, can be programmed and integrated. The fixed defined sequence helps to avoid human errors, as the entire process must always be run through in exactly the same way, regardless of who is currently working on the system," explains the application engineer at SFS. New staff or temporary workers are able to operate the system themselves after only a short training period, because the machine always displays the current instructions on the monitor and signals which of the 4 Smart Buttons must be pressed to operate the system.

Through SMART OPERATION, SFS was able to further optimize and save valuable time in total, which led to a higher utilization of the equipment. For example, SFS automated and coordinated the morning heating process consisting of slow and fast heating processes without any loss of time. The process now runs according to the injection molding textbook. Another example: "For the regularly required lubrications and checks, the plant maintenance team used to have to call an application engineer because they could not operate the injection molding machine themselves. With SMART OPERATION, this is no longer a problem. Waiting times are eliminated and the line does not stand still longer than necessary," says the application engineer happily.

The investment in SMART OPERATION paid off for SFS within a short period, as just a few minutes more production time per machine per day led to a significant increase in productivity. 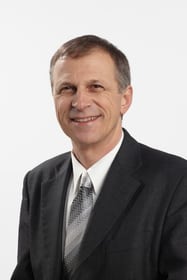